skip to main | skip to sidebar

Living as a Disciple - help from John Wesley!

Information about how to live as a faithful disciple of Jesus pours out like water from a fire hydrant. There are so many ideas, suggestions and recommendations that it can make one's head spin. The vast array of choices can be paralyzing.

Here's the deal though: living as a disciple isn't that complicated. It's really about doing a few things well.

I recently re-read the rules early British Methodists (led by John Wesley) were invited to follow to help them live and grow as disciples. Do you know how many there were? Three. That's it; three!!

Here they are:
Pretty simple stuff! Just think, if all of us as disciples would attend to those three things everyday what that would do for our lives, what it would do for our communities and world and how the Kingdom of God would grow.

To help flesh these out Wesley gave examples. Here's the fuller version of the rules. Keep in mind that the sub points are not more rules, they are examples of the kinds of things we do to live these out. Also, these are examples of activities that were germane in 18th Century Britain. We would need to rewrite some of these to fit 21st Century America. Many of them are good even for us, however.

First: By doing no harm, by avoiding evil of every kind, especially that which is most generally practiced, such as:
Secondly: By doing good; by being in every kind merciful after their power; as they have opportunity, doing good of every possible sort, and, as far as possible, to all men:
Thirdly: By attending upon all the ordinances of God; such are:

Church Planting Really is the Key 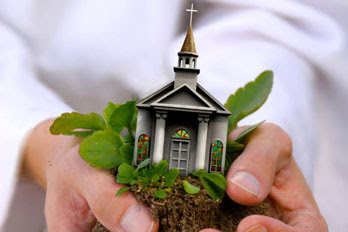 
The vigorous, continual planting of new congregations is the single most crucial strategy for 1) the numerical growth of the Body of Christ in any city, and 2) the continual corporate renewal and revival of the existing churches in a city. Nothing else--not crusades, outreach programs, para-church ministries, growing mega-churches, congregational consulting, nor church renewal processes--will have the consistent impact of dynamic, extensive church planting. This is an eyebrow raising statement. But to those who have done any study at all, it is not even controversial.*

Jesus is building his Church. The way he does it is by building local churches - particular congregations. The Book of Acts is clear that God's mission in this age is evangelism, disciplemaking and church planting. This is the heart beat of his global mission and the heartbeat of how he brings redemption into individual lives and into communities and cities.

I am a firm believer in para-church organizations that zero in on particular aspects of Christian ministry - such as family reclamation or serving the poor. But none of these important ministries should supplant the centrality of the local church and the centrality of vigorous church planting in God's economy.

*From the paper WHY PLANT CHURCHES by Tim Keller, Redeemer Presbyterian Church, Feb. 2002.

Another Reason I'm a Benedictine 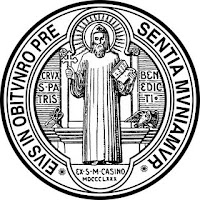 Here's the deal. Most of life is mundane, repetitive and just plain daily. If one is going to faithfully follow Christ then one HAS to figure out what it looks like to be a radically committed disciple in the midst of bill paying, lawn mowing, laundry and diapers. All that stuff seems pretty low ball compared to "reaching the world for Christ!"

Now, don't get me wrong. I think all Christians should be passionate about reaching the nations for Jesus. It's just that even if I am a missionary living among an unreached people group, I still gotta pay bills, mow lawns, do laundry and change diapers. I gotta figure out how all that stuff fits into following Jesus.

That's why Benedict is so helpful. His rule is all about offering every last detail of life to God. Why? Because it's in the midst of all that stuff that God forms us into the image of Jesus.

Too Busy NOT to Pray 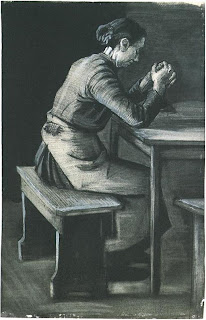 Okay - confession time. I lifted the title of this blog post from Bill Hybels'. It's the title of his book on prayer. I do so shamelessly however because the title gets at the level of priority prayer ought to have in every believers life.

Do you pray daily? I don't mean only rattle off a prayer here and there when the Lord crosses your mind. I mean do you carve out time in your daily routine -everyday - to meet with God and read his word, worship and offer petitions and intercessions to him?

If you don't you need to start - TODAY!!

But we are busy.

There is no denying this. We all have a lot going on. But think of all things we already get done in our busy lives. We work. We prepare meals and eat them. We watch T.V. We go to movies. We sleep. We exercise. Here's my point. Even though we are busy we all find time to DO WHAT WE VALUE.

Do you believe prayer is indispensable? If so, make time for it. I promise you will NOT regret it!
Posted by peter at 7:00 AM No comments:

God is Obsessed With Reaching the Nations 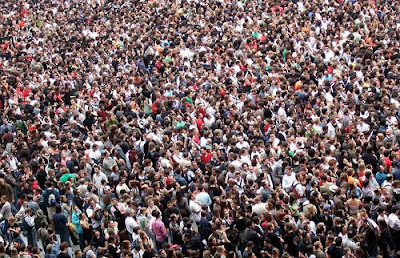 I know - it sounds strange to say God is obsessed with something. Please know that I don't mean ANY disrespect. It's just that I believe God's mission between Genesis 3 and Christ's return is to call out, through the gospel, a people from every tribe tongue and nation for his glory and their joy. He is relentless about this!

One of the ways missiologists gauge the progress of the gospel is through tracking people groups. It is a much smaller unit than what we think of as a nation - the modern nation state. There are roughly 27,000 people groups in the world today. Of those 27,000 thousands of these group are still unreached - they do not even have Christians among them. Roughly 1000 do not even have missionaries from other people groups reaching into them.

Clearly these numbers are inexact. However, they are useful because they give a sense of the work to be done. The world is not reached and God is still at work fulfilling his mission.

God calls all us to be part of his global mission. I agree with what Dr. John Piper says, "Go, send or disobey." The vast majority of us are not called to invest our lives cross culturally. But all of us are called to be part of God's mission as senders. I believe there are two central ways we do this: resources and prayer.

How about you? Are engaged in God's global mission? Are you praying? Are you resourcing? What is Jesus telling you to do? Should you go?
Posted by peter at 7:00 AM No comments:

Why I Pray Psalm 95 Every Morning My daily prayer time uses the Morning Prayer service from  the Anglican Book of Common Prayer (The BCP is the source book for Anglican worship).

Morning prayer always includes Psalm 95. It's something Christians have been doing from time immemorial.

There are a number of reasons for this. One reason is verse 7, "For he is our God, and we are the people of his pasture and the sheep of his hand. Oh, that today you would hearken to his voice!" That second sentence is the key. Why? Because it reminds me that my task everyday is to listen to the Lord and obey him.

I believe that is the simplest definition of discipleship - listening to Jesus and doing what he tells you to do. Psalm 95 sets me up to remember that everyday.

Give it try! Build Psalm 95 into your daily reading and use it as a prayer asking the Lord to give you the grace to hear him and obey him. You won't regret it!
Posted by peter at 7:30 AM No comments:

Serving is Bedrock Kingdom Value ... So It Should Be One of My Bedrock Values 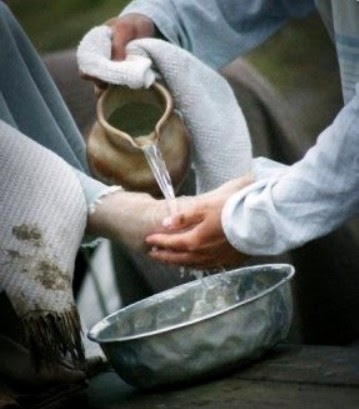 Let's go backwards and start with church life. Since Jesus is building the church and since the church is his body (Ephesians 1:22,23) then he wants us to do what he did. One of those things is serve. In fact the New Testament invites us to serve one another.(Galatians 5:13). This is why I am unapologetic about inviting people to serve in my parish. When the pastor calls and asks someone to serve, its easy to think in service club terms and assume he or she just wants to get me busy. Wrong! I want to help everyone I serve grow up in maturity in Christ and know the joy that comes from that. You can't get that done with out serving. Period.

But serving is bigger than that. It happens at home, it happens at work, it happens in the neighborhood, and it can happen in the city. Life is chock full of places to serve!

Are you serving? If not, you are missing a huge part of the pathway to life. Remember what Jesus said, "Whoever finds his life will lose it, and whoever loses his life for my sake will find it."(Matthew 10:39)

Want real life? Serve.
Posted by peter at 7:30 AM No comments: 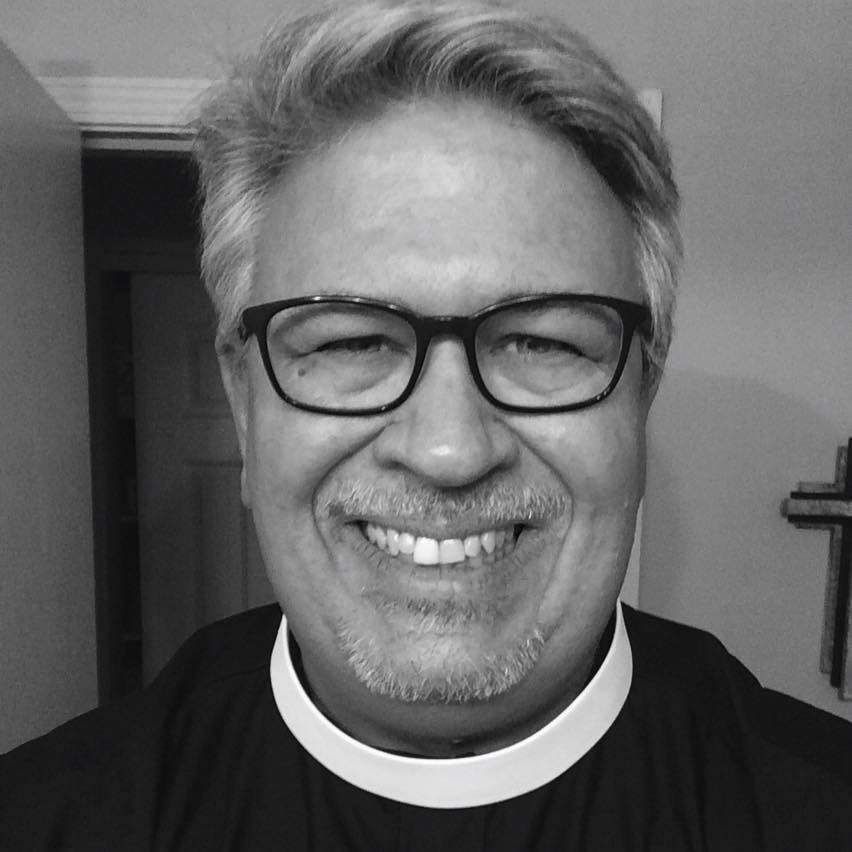